Dave Nelson is a New York-based trombonist, multi-instrumentalist, arranger, composer and producer. He works extensively as a session player, often arranging and recording remotely from his personal studio in Upstate, NY.

Dave’s experimental duo project Nelson Patton (trombone, drums and electronics) has collaborated closely with Lonnie Holley and is documented on the critically acclaimed album Mith as well as the short film, I Snuck Off The Slave Ship, which premiered at the Sundance Film Festival.

Dave is also a member of Pfarmers, a collaborative trio with Bryan Devendorf (The National) and Danny Seim (Menomena). Together, they have released two albums.

As a studio musician, Dave has contributed to recordings by a range of popular artists and bands including The National, Sufjan Stevens, Taylor Swift, Mumford and Sons, Joanna Newsom, Frightened Rabbit, Jonsi, Local Natives, Steve Coleman, John Adams, Martha Wainwright, and many more.

Touring credits include David Byrne/St. Vincent, The National, Beirut, and Lonnie Holley. Dave has also performed live with Vampire Weekend, Spoon, Father John Misty, Bonobo, and Edward Sharpe & the Magnetic Zeros among others. He has performed at many of the world’s best venues as well as on most major late-night TV shows including SNL, Colbert, Letterman, Fallon, and Kimmel.

In addition to his work in popular music, Dave performs with many of today’s premier classical and new music ensembles. He is solo trombonist of The Knights Orchestra, and has performed extensively with International Contemporary Ensemble, NYC Opera, St. Paul Chamber Orchestra, NOVUS NY, and Talea. Dave has held chairs on Broadway shows West Side Story (2010 revival) and Gigi (2015 revival) and many others as a sub. He can also be heard on numerous film and television scores including The Mysterious Benedict Society (Disney +), Succession (HBO), Barry (HBO), and the 2012 Sundance Winner Beasts of the Southern Wild.

As a composer, Dave has scored music for HBO documentary "My Depression” by Elizabeth Swados, various short films, as well as segments for SNL and The Colbert Report. Several of Dave’s productions have been placed on TV shows as well.

Nelson Patton, "An experimental, jazz-tinged ambient [duo] with improvised roots, built around trombone, drums, and Moog bass" (Bandcamp) is a NY-based duo of Dave Nelson and Marlon Patton. Inspired by ambient minimalism, polyrhythmic composition, and orchestral sonorities, the duo layers trombone, drums and electronics to create a rich palette of improvised textures that evolve over time, creating a transportive experience. Nelson Patton has collaborated closely with Lonnie Holley, contributing heavily to his critically acclaimed album “Mith” as well as the short film “I Snuck Off The Slave Ship” which premiered at Sundance film festival.

The duo has released 3 records. 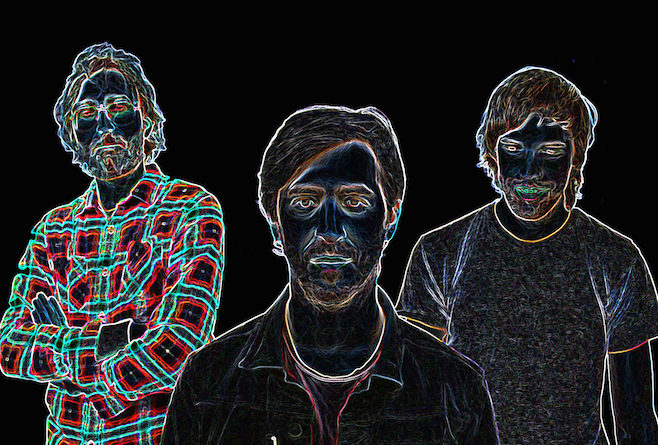 Pfarmers is an experimental supergroup, made up of Danny Seim (Menomena, Lackthereof), Bryan Devendorf (The National), and Dave Nelson.

The trio’s most engaging element is Nelson’s intricate and often startling trombone, utilized in diverse ways throughout. Whether it’s in the atmospheric gloom on opener “Benthos” or the propulsive, repeating lines of “The Ol’ River Gang”, Nelson emerges as the most exciting contributor to Gunnera.

Flexible in size and repertory, The Knights are dedicated to transforming the orchestral experience and eliminating barriers between audience and music. Led by an open-minded spirit of camaraderie and collaboration, we seek to engage with contemporary culture through vibrant performances that honor the classical tradition and our passion for musical discovery.

“an adventurous young orchestra that has established a strong reputation for polished performances and imaginative programming.”

“A solo trombone recording isn’t one that is often going to be described as ambient or intoxicating, but the newest from Dave Nelson can’t really be described any other way. …Seriously captivating music.”

Dave Sumner, Bird Is The Worm